Together with Refugees Campaign 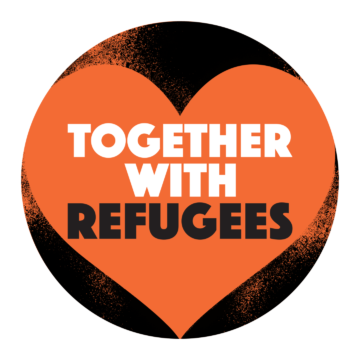 We want a much kinder, fairer and more effective approach to supporting refugees in the UK. Unfortunately, the Nationality and Borders Bill introduced to Parliament in July 2021 is an Anti-Refugee Bill that has been designed to divide us.

We are part of a national coalition of over 300 organisations standing #TogetherWithRefugees in opposition to the Bill because there is so much wrong with it. Here are just a few things:

Even the UN Refugee Agency (UNHCR) has taken the unusual step of strongly and publicly opposing the plans:

“UNHCR is concerned that the plan, if implemented as it stands, will undermine the 1951 Convention and international protection system, not just in the UK, but globally.”

City of Sanctuary is joining with #TogetherWithRefugees for a week of action from 18-24 October. That is when MPs return to Parliament after the party conferences, and the Bill moves to its next stage.

Together with University of Sussex and other local groups we formed a huge, orange, human heart on Brighton Beach on 17 October to show the world that Brighton & Hove is Together with Refugees. 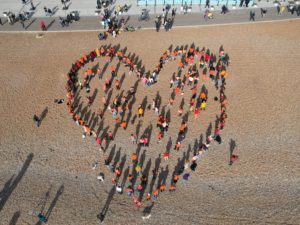 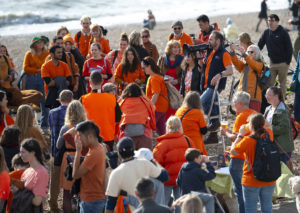 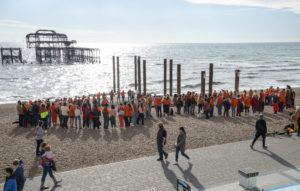 If this Bill goes through, it will break so many international treaties that our reputation around the world will be as ruined as the West Pier!

Please watch this great short video of the event.

What else can you do?

We are determined to defeat this anti-refugee Bill!